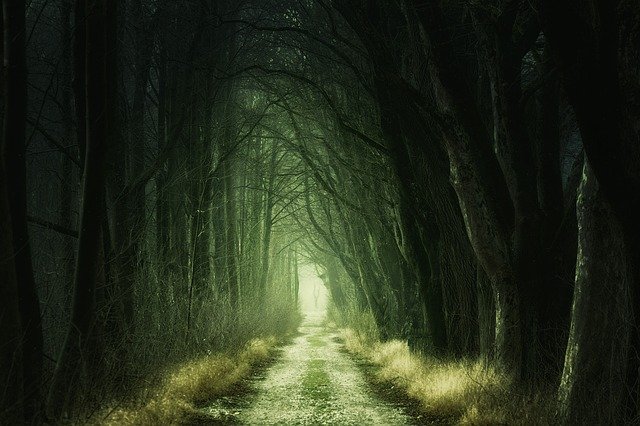 Today I was listening to a podcast which was discussing politics and economics in the modern age. The discussion centred around the process by which people change (or fail to change) their opinions. I found this fascinating. The conversation started because certain politicians maintain a line, an opinion, which does not seem to get updated as information changes. The example they used was that of certain politicians being against a lockdown early in the pandemic and later, almost two years down, still claiming that they were correct in being against it.

The discussion was very interesting and it got me thinking on many levels. At an initial level, what I thought of lockdowns and working from home. At a deeper level it got me thinking of a framework for just such a decision making process. How would I deal with it? What would I suggest to my students? The result of this internal monologue is why I wanted to write this article.

I think that the ideal starting point is something I learned from Professor DeRose. He has an axiom, a ground truth, which states: “don’t believe.” I really like this axiom as it embodies so many important aspects. First, it is great for not believing in Professor DeRose himself! I am happy to listen to him, to hear his teachings and insights. But I am also keen to check his sources, to read some of the material he has read and see if I reach similar conclusions. In a very real sense, this protects me from manipulation and is fundamental in reaching a good decision.

If I have made sense so far, you should be able to do this exercise for yourself. How do you feel “don’t believe” should be applied to these questions?

In my context, while I studied Economics at University, I have also studied biology a fair bit, and I have gained an acceptable amount of knowledge to understand differences between bacterial, viral and other types of diseases. So, when it came to the debate of mask wearing and lockdowns versus the Economy, I felt I had an interesting base to weigh out the factors and decide where in the discussion I stood. I could then use my baseline perception to listen to others and weigh out the factors.

The ability to weigh out these factors against my own foundation was fundamental to helping me to keep an open mind and make clear decisions. But ultimately, I felt like it was impossible to know what would actually happen. What if I did not have this foundation?

Without it, and keeping in mind “don’t believe”, the first port of call would be to accept your position, my position, and possibly everyone else’s actual position: no one knows. This is fundamental. We may believe that a solution is better than another, but ultimately no one really knows. Accepting that in life has no knowable answer is really important to build some perspective as well as to manage the perception of the question at hand.

The problem is that most people feel that “not knowing” is a flaw, or a weakness. I remember a few years ago I was having a conversation with a team of co-workers. I had just completed a training session with them and they were commenting with me that they felt my training was very different from the usual sessions that the company did. Specifically, they noted that many times I did not seem to have the answer to their questions. At this point the team was divided. Some of them felt that this was a problem, as I was a senior figure in the company and I should know all the answers to everything. While another group said that they felt that the way I expressed my answers gave them freedom to contribute to the products we were building and how they felt that their feedback made a difference.

Who was right? Why does anyone need to be right? As far as I was concerned both made valid points. I managed to tweak the way I expressed my teachings, so that those who felt I should know everything, would be inspired to make their contributions to areas where we were yet to have a best practice. The most important lesson I learned was that the communication of “not knowing” can turn some people off, so how we communicate it is very important.

When I apply this concept to lockdowns, I feel similar to how I felt above. Today, we have observed different countries taking different actions and strategies regarding this and we have results to evaluate the choice. While no one could really have an answer, today we have data. Yet even with this data, I feel that I cannot say that there was an ideal approach as different countries valued different aspects. However, I am able to say that I felt safe living in Europe. This is another important lesson: a right answer may simply not exist, not ever be known, but you can always express what you personally prefer.

The final aspect that I wanted to bring into this conversation is a lesson I learned from many teachers in my life and which many of us may have seen being applied by Steve Jobs. When you read about how passionate about his projects and decisions, he was it may seem that he was just stubborn. Yet, when you read from those who worked closely, they all say that, once he was sold on a new idea (even if it was contrary to his previously stated position) he would adopt the new idea and defend it just as passionately. In other words, while he was committed to his choices, he was also open to continue to be educated and to improve his position. More important, we should not hang on, feel attached and refuse to let go of points of views or ideas that once we defended. Your energy is wasted, your success is prevented.

So, I try to apply the “not knowing” concept here. Mentally I accept that I just do not know a much. While I may have experiences, the world is ever evolving and it is often just impossible to have certainties. When I hear good ideas, that may be contrary to mine, my attitude is either to re-evaluate my position and update it if I feel strongly, or to put it the new idea to the test if I feel less strongly.

This article is starting to get quite lengthy… it is best to wrap it up.

In summary, we have identified 3 key points to improve decision making:

If you are able to apply these principles, I strongly feel that hard questions will become easier to answer!

If you are not subscribed to the blog, subscribe here.